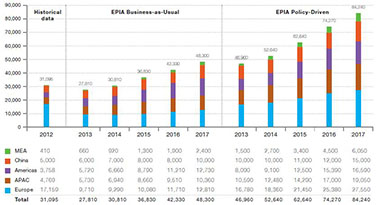 In this context, Galio Técnicas Energéticas has designed and patented three revolutionary solar trackers for photovoltaic industry, with prices lower than fixed installations, and generating between 20% and 40% more energy than fixed PV installations. 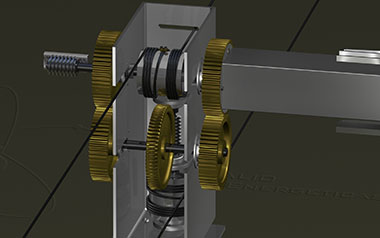 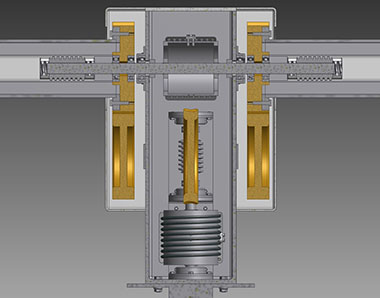 These trackers, based on robust design are made ​​with the most efficient and economical machining technology, provide unique technical advantages and have a initial cost quite lower than the rest of manufacturers, plus a minimum cost of operation and maintenance (COM).

Based on a gearbox, which uses worm screws, high modulus helicoidal gears and racks, our trackers are mechanically self-locking, have auto-cleaning system, night positioning to avoid accumulation of dirt on the active surface of the panels and automatic removal of snow. All these features are unique in the market.

Thanks to its unique design, one or two electric motors, depending on the degrees of freedom of the tracker, can operate up to 100 trackers, greatly saving weight and cost of the installation. A drive system with steel cables, double tension (pull-pull) transfers motion from the tractor to the groups of series-parallel array of trackers.

At the request of the promoter (PPA) can double the traction motors, increasing the reliability of the installation, making tend to zero the probability of failure in tracking the sun daily movement. 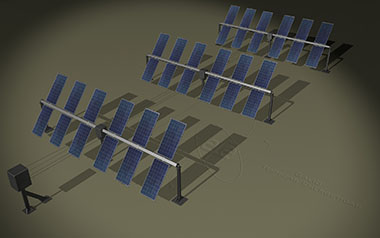 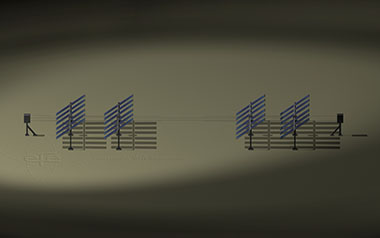 Due to the high reliability of these trackers, low cost, high energy production, fast installation without foundation, and no human presence, will be installed at the Fukushima Dead Zone in order to begin replacing the shut down Japanese nuclear fleet of 47 (GWp) . 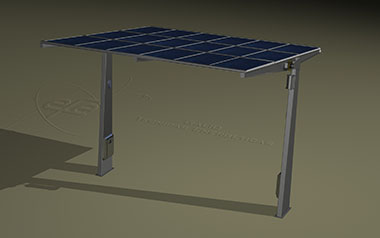 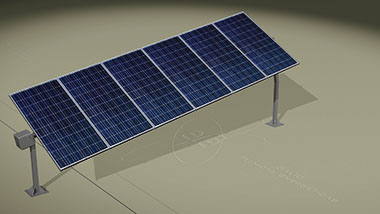 The same drive system can operate, with a single 250 (W) electric motor with its gearbox, a ground one axis tracker PV array with a total power of 100 (kWp).

This tracker, made ​​entirely of 6063 aluminum, fits in buildings or industrial roofs. Also for ground use, is so economical that can reach the target rate parity, generating electricity between 2 and 4 (c€/kWh) according to latitude.

The mechanism of the trackers is designed using Finite Element Method (FEM); and the lifespan, at variable load of the gears is analyzed by solving the problem of synthesis and verification to failure analysis problem against breakage at the base tooth or surface deterioration. 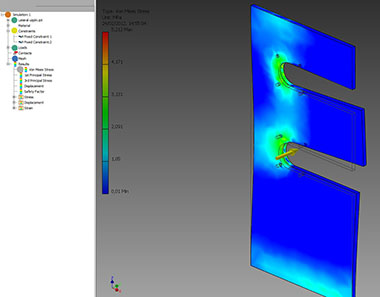