The specificity of our trackers as well as its low maintenance cost and operation, allows the realization of isolated from network solar PV instalations, whose goal is the in situ energy generation demanded by industries.

The model Galio M1 tracker is designed to be installed in parking roofs.

The two-axis model, Galio E2S, can be installed on roofs of large industrial plants or on land annexed to the manufacturing plant. 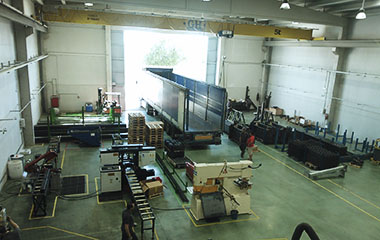 Our company works as a tracker supplier or as ready to use installer (EPC) or promoter (PPP), according to the market; performing isolated from network solar photovoltaic instalations in countries that still maintain access to this energy model.

Of substantial importance, isolated from network PV installations are a revolutionary energy model, generating electricity at the same point at which it is consumed and by the consumer. This involves removing the transmission costs and power losses in the network. This model allows the consumer to generate electricity to less than one third of the price which is paid by plugging into a power network.

Pioneers in isolated fron network PV installations, thanks to the low cost of our trackers and the continuing research efforts of our company, Galio Técnicas Energéticas offers to its customers the cheapest solar electric PV generation prices in the whole energy mix.

In countries with tariff bonus policies, such as Japan, our company provides returns of 100% environment TIR to the promoters (PPA). 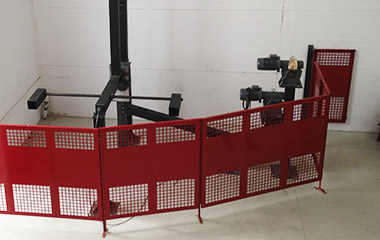 Our first manufacturing plant is located in front of the ADIF cargo terminal in Jerez de la Frontera. Its strategic location allows distribution by train to the ports of Algeciras and Seville for sea freight to destination countries.

In this plant are made metal conformation works by removing material and deformation, welding and packing.

A few meters from the manufacturing plant is located the Prototyping Center of our company. Develop and test of our ​​newly patented trackers prototypes are made here. Also houses the material test benches.

The central is one of the Computer Centres of the company. Here we use one of our HPC (High Performance compting) workstations with more than 6500 computing cores to produce the strength analysis and variable load of the mechanical elements in each tracker design. 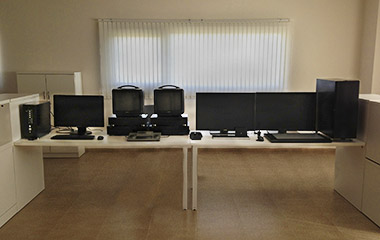 As a result of the very strong demand of our products worldwide, Galio Técnicas Energéticas has designed another manufacturing plant adjacent to the first one with a productive capacity of 300 (MWp / year), representing 1% of world demand.

This plant is modularly designed to quadruplicate its surface over the next five years. With its own rail freight terminal.

This plant is being equipped with machinery to work in continuous process, 24 (hr/day) and 360 (days/year), with a manufacturing capacity of 200 (MWp/year). 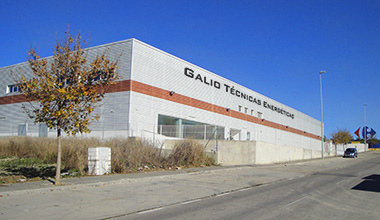 The plant has four loading ports and a 350 (kVA) generator. This factory will be equipped with an isolated from net PV system of 302.4 (kWp) and an electrolyzer unit to generate hydrogen to feed the generator.

Galio 4 plant will be disconnected from the power distribution network as soon as both the isolated from net PV system and the torage system for hydrogen are ready.